Companies and their employees are forced to deal with increasingly complex requirements. CHANCES therefore focuses on the need to make thinking and behaviour in evolutionary organisations more flexible.

Companies and their employees are under constant pressure to innovate. Often, however, organisational structures and executives are not sufficiently in tune with one another to make this remodelling process a success. Adjustments must go hand in hand: changing the way an organisation is designed (e.g. making it a learning, self-regulating organisation) only succeeds if those in charge of implementing the change want, and are allowed, to further develop themselves. This is where the CHANCES leadership development programmes come in. With its holistic approach, CHANCES synchronises the integrating of organisational requirements with the appropriate leadership philosophy.

In order to address this question, CHANCES first establishes the fundamentals in a kick-off workshop with the management team: the strategic requirements placed on the organisation from outside and the new challenges arising for the executives from the matrix organisation. Derived from the external and internal requirements, seven leadership skills with their own development aspects can be determined, as well as the question: What are the mindsets that indicate an early or more advanced stage of development? As part of an organised feedback process the individual development goals are now worked out, discussed by the management team and implementation agreed, featuring “development commitments”. In order to continue the process that has begun, executives are given the chance to work on their development topics in supervision workshops. This includes continually looking at and discussing typical organisational patterns, and looking for possible solutions with the executive board members.

“CHANCES is a sparring partner with experience, and it is sensitive to our specific needs in terms of developing managers. We find their way of developing an approach to be a ‘co-creative’ process, which on the one hand retains our company values to a sufficient degree while at the same time it challenges us in such a way that we continuously develop ourselves further.” Frank Erbacher, Executive Board member, Josera Family Group 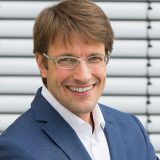 Crises, conflicts or a new leadership role: there are many issues for which time-bound coaching makes sense. The focus here is placed on people. Their professional needs are reflected upon against the background of their strengths, weaknesses and “innate reasoning”. A development process is set in motion, and the coach provides close guidance throughout this process. The executives recognize the connection between the leadership role and (self) reflection; they are made aware of the opportunities and risks deriving from their actions. Executives learn to break away from old patterns and habits in complex situations and to consciously activate existing resources. Executives thus acquire new action-taking ability and decision-making capacity.

Question from client
“How do I develop a leadership that fits the new set-up of an organisation?“

As a first step, CHANCES talks to the company’s executive management about the future challenges that those in leadership roles will face as a result of the new organisational set-up. It becomes clear that the managers’ individual development areas first need to be mapped out using the “E-D-Profile” and correlated to the new requirements. This allows managers to work on their own mindset between coaching sessions through targeted development exercises and prepare themselves for the new challenges ahead.

“Working with Mike Michels has helped me enormously to find my very own ‘leadership path’. Coaching sessions and exercises enabled me to learn to break down set modes of thinking and re-wire them for myself. This has allowed me to develop a leadership style that is not just ideal for our day-to-day agency work, but also for me personally.” Eva Dinjel, Creative Director Concept, oddity 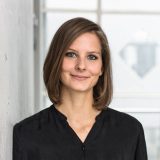 In today’s world of ongoing change, organisations must constantly evolve. However, important change processes often fall short of their goals or fail (figure according to Capgemini Change Study 2017): 50-85%). Key reasons: Employees are not involved in the process and the existing corporate culture stands in the way. The ingrained drama between protectors of the status quo and the reformers can thus play out. Both sides have their legitimacy, but as parties in conflict they bring change processes to a standstill. CHANCES therefore offers reorganisation support that is sensitive to conflicts and respecting of people’s positions, and includes conflict management. The aim is to prevent erosion of trust, inner resignation and high staff turnover. The support includes intervention or follow-up guidance on dealing with change processes “that have not gone down well”.

Question from client
„How can we make it easier for us as an organisation to deal with conflict situations?“

In the initial project phase, CHANCES “researches” the previous conflict culture by talking to the people involved, thus making functional or dysfunctional handling of conflicts, as well as conflict costs, transparent. The results show that it makes no sense to impose a “conflict management system” on the organisation. Instead, an iterative process is agreed upon. Evaluation through formulating new hypotheses takes place together with the executive managers and the steering committee. The decision to reorganise and professionalise existing resources (conflict initiation points) is also taken on a joint basis. Where necessary, alternative routes are taken, such as training conflict mediators, internal mediators and executives with mediation skills. Sustained success was visible 18 months later in the dramatic reduction in staff turnover and the average absenteeism due to sickness. External interventions are now a rare occurrence.